I’ve missed a few weeks. I’ve had a busy month and writing these ‘weeknotes’ posts has slipped off my radar.

I’ve taken part in the Horsham Round (a relay running race over a 29 mile route near Horsham). Our team “Pimp My Stride” was a mix of people from Horsham Joggers and Horsham Coworking. It was a great day and I really enjoyed it.

Every person in the team ran two or three legs of between 3-5 miles each. Except for Rob who ran six legs (I think). For me, I ran 14 miles over three legs. The changeover points between legs were particularly good. Teams meeting and leaving at roughly the same time made for a great atmosphere. Afterwards, there was a BBQ in Horsham Park. It was a fab day. And many thanks to our driver, Catherine Johnson!

I’ve ran at parkrun most Saturdays for the last four years. Over 160 events and 150 of those at Horsham parkrun. In fact last week was Horsham’s 4th birthday and over 575 people ran round the Park that day. And, I was honoured and delighted to be given an award for Male Parkrunner of the Year! Thank you! I love the parkrun experience so I hope my enthusiasm for it was one reason why I won the award.

Big congratulations as well to Jo Bull and the Aylmores who received Female and Volunteer of the Year awards. Very well deserved.

There’s been an upturn in my freelance business and, as usually happens, three web design and development projects came along at the same time. I’ve been juggling those over the last few weeks. I think they are going well and I hope to complete one of these next week. For two of the projects, I’m using the Foundation 6 framework which I quite like. Although, there is a bit of a risk that this will produce websites that “look like Foundation sites”. However, that’s not to say that they will look bad. And the functionality in the framework normally works very well.

Slowly, but surely, Horsham Coworking (my ‘other’ company) is becoming a more established business. And it’s transformed my working day. I worked from home for more than 10 years so moving into a coworking space on a full-time basis was quite a change in October 2016. But, the business is growing and I have enjoyed the last two years. It’s been tough but Matt Ide and Roger Johnson and I work together well and sharing the load between us has made it work. Looking back, I know that I could not have done this on my own. Thanks to everyone who has helped the three of us make this happen.

Me with Parkrunner of the Year Award. Thank you 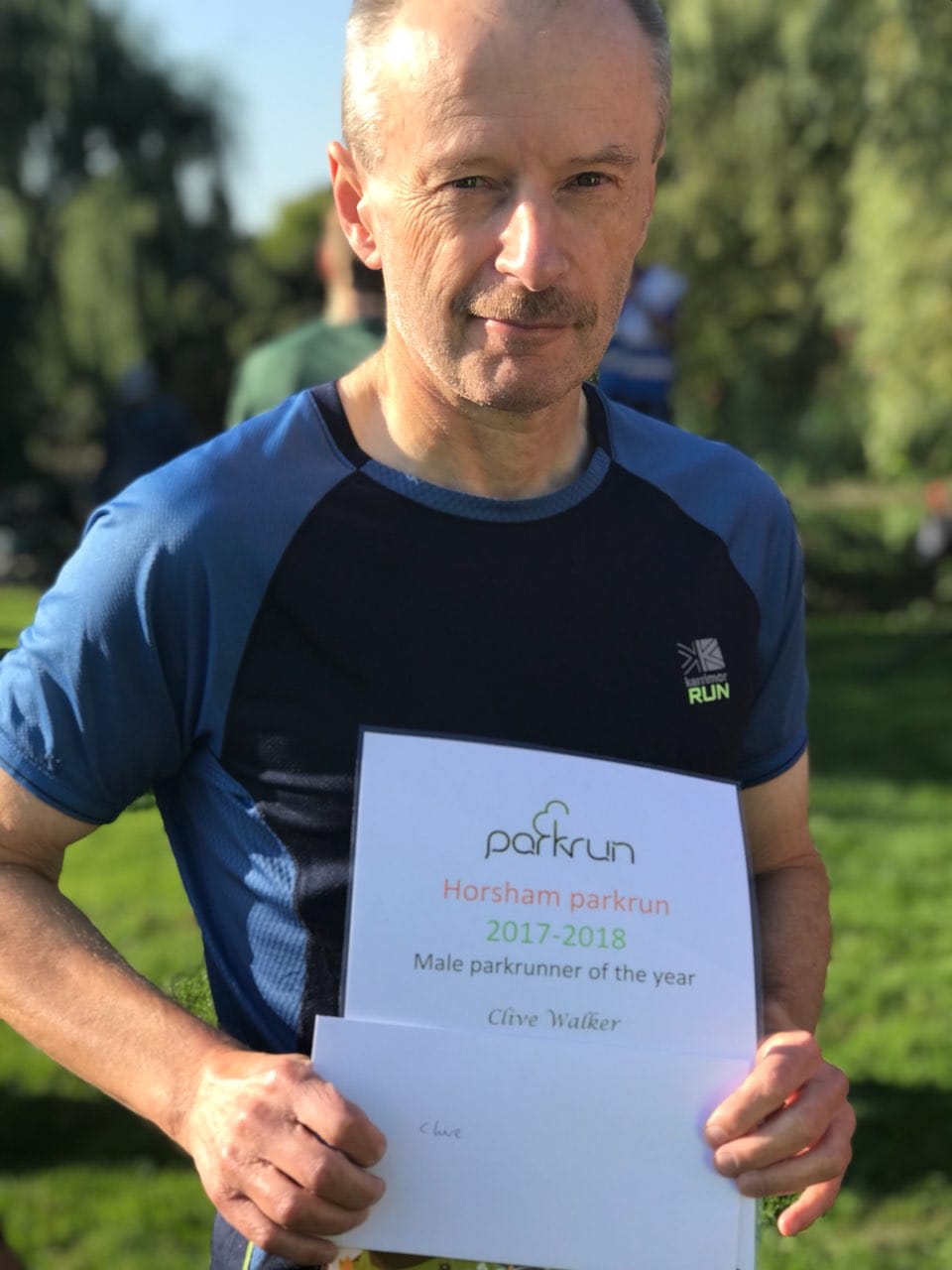 This site uses webmentions. Responses are collected and displayed automatically. However, if you've posted a response and need to manually notify me, please enter the URL.